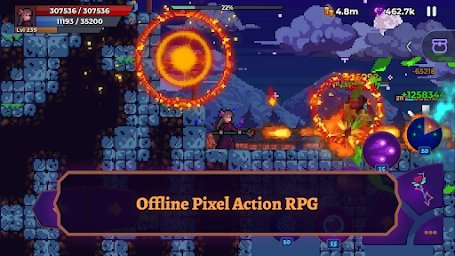 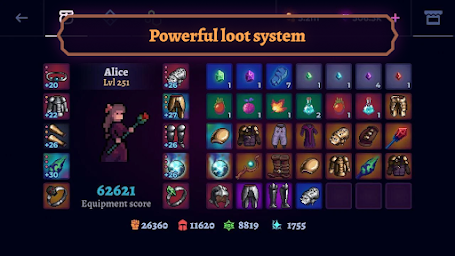 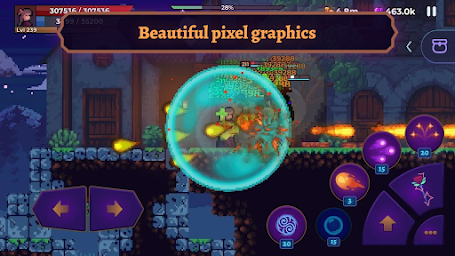 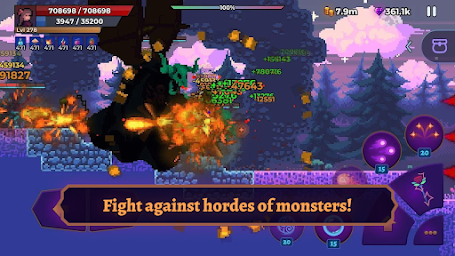 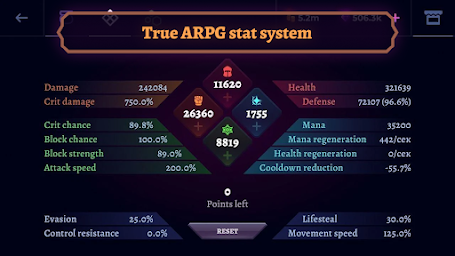 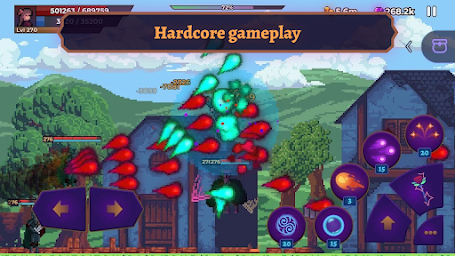 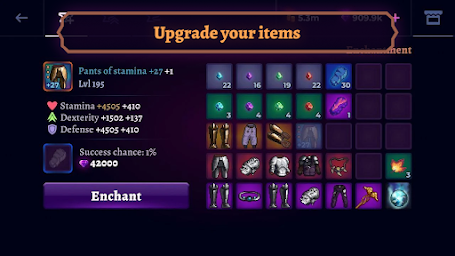 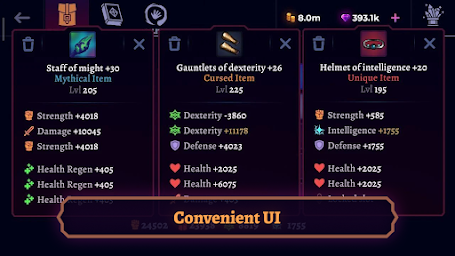 Moonrise Arena is a unique action role-playing game; you will control two characters alternately and masterly use their powers to fight ghostly forces with evil creatures.

If you are looking for an action role-playing game with a serious difficulty, then Moonrise Arena is my choice for you. Coming to this game, players will control two characters named Alice and Godric with different power characteristics. Each character possesses features along with special moves. They have powerful moves but also have different disadvantages. Control them with powerful force to fight the evil forces – hordes of evil creatures are invading your home.

Coming to Moonrise Arena is your chance to show off your fighting skills as you join our many thrilling battles. You will control two characters with respective strengths and special moves. Come up with a fantastic strategy and steer them through hundreds of different battles. Each battle will take place in many dangerous locations, and there are more than 20 unique arenas. The locations are specially set up with three primary missions full of difficulty.

The forces of darkness threaten your dear homeland, and they are evil creatures with a plot to invade your area. Players will stand up to defend their abode using unique powers and defeat all invading enemies. Pay attention to the area where you fight in Moonrise Arena because enemies will constantly invade. They don’t give you a chance to counterattack and usually attack dangerous areas.

THE UNPREDICTABLE POWER OF THE BEAST

Do not belittle your enemies or be subjective when you have possessed the most significant strength because you can’t predict the formidable power of those beasts. However, the player will face off against a separate wave of monsters in each fight. They possess small power; you can knock them all away with one attack. But it would help if you were wary of bosses who often appear after the same match with great power.

There are many reasons why you will never get bored with Moonrise Arena because they always take place in a series of tough battles on a large scale. You will have many opportunities to show your mighty power in thousands of battles. Every battle system in this game is designed to be automatic and unique. From the attacks to the physical appearance of every character is designed very meticulously. And, of course, the character’s actions are also really fast.

ENHANCE THE STRENGTH OF THE CHARACTER

In addition, you can develop even more power when combining the power of gems of the same type. Do not forget to protect your body against the resounding attacks of the enemy. You can equip additional armors when you buy them in the shop or buy them at the blacksmith’s shops, and they are ready to make you many of the best protective equipment available.

– Players will participate in hundreds of battles taking place in more than 20 different arena points; you will control two characters with foreign powers and with them complete three challenging main missions.
– Countless enemies to invade your beloved homeland appear for a few seconds and often appear in hidden areas that no one notices.
– Waves of monsters with small strength will often appear to hinder you, but what you should watch out for are monsters with formidable power at each level.
– You can’t escape the attraction of tough fights when everything is meticulously designed, from the characters’ shapes to their quick actions.
– Enhance your characters’ strength by splicing gems into armor slots or matching stones of the same type to develop maximum strength.

This review must have fulfilled all your queries about the Moonrise Arena - Pixel Action RPG MOD APK, now download this amazing app for Android & PC and enjoy it. Anyreader is a safe source to download the APK files and have almost all apps from all genre and category. For any discrepancy, please comment your thoughts in the comment section or email us to the official email id provided in the contact us section.

No Way To Die: Survival